“What sort of boat are you looking for?”

It’s probably the first question you’ve been asked by a broker, normally followed by “what is your budget?”. But maybe you don’t fully know the differences enough to decide just yet?

There are many different types, categorised by the size and style such as narrowboat, widebeam, and Dutch Barge, and then categorised by the type of stern: cruiser, trad, semi-trad, semi-cruiser – and like many aspects of boating it’s a Marmite thing. You’ll love a certain style and hate another.

We have a wide range of boats that we have previously sold and all that are currently for sale, on our YouTube channel; this is a great place to start your research.

Below are some pro and cons of many different types of boat, based on the experience of the team here at Rugby Boats. They might help you narrow down your search, or you might disagree completely and that’s okay too!

Trads broadly divide into two categories – those that have an engine set beneath the floor of the aft cabin, the modern trad, and those that have a back cabin with the engine set in its own room mid-ship in a similar style to the old working boats, which is the classic trad. Then there is the semi trad, with a longer walled in stern deck; the cruiser with a longer open stern deck; the semi-cruiser which is a mix of both the semi-trad and cruiser; the tug style with a longer forward deck with towpath level access; and the narrow beam Dutch barge.

A back cabin (sometimes referred to as a boatman cabin) offers a work/relaxation/sleeping area separated from the rest of the interior space by the engine room immediately forward of it.

If you love the sound and looks of a true vintage engine such as a Gardner, Russell Newbery, Lister, Ruston and Hornsby etc then you should read no further. Beta Marine produce a “tug” engine based on a 3 cylinder John Deere tractor unit (earlier Beta Tugs were Ford units) – looks the part but purists will be a bit sniffy!

The engine is easily accessible for servicing and maintenance.

The engine room takes up to 8 feet of the internal space, a good drying area, but other areas lose size accordingly unless you dispense with a permanent double bedroom and sleep in the back cabin.

Vintage engines do require care and attention. They are, by their very nature, old! Some types may require a good deal of resourcefulness should spare parts be required – ask a marine engineer who specialises in these units before diving in.

Engine exhaust comes vertically through the roof, about 8ft in front of the steerer’s head so some have concerns about exhaust fumes wafting past their heads.

Offer maximum internal space – which is why they are still the most popular craft with long term cruisers and live aboards.

Engine exhaust at low level through the side of the counter, well away from the helmsman’s face.

You only have a small stern area which limits the number of people that can congregate together when cruising. Most trads only fit 1 or 2 people on the stern deck safely.

With the engine beneath the aft cabin floor you have to duck through to get to the stern – hard work for the less agile.

The engine is harder to work on as it is boxed into a confined space.

Will not win you the Golden Crankshaft Award at the next IWA festival, if you’re bothered about such things.

Offers more outside space at the stern for friends to congregate while cruising.

Just like the modern trad, the engine exhaust is at low level through the side of the counter, well away from the helmsman’s face.

With a tonneau cover, the semi-trad deck can be used for extra storage.

Less cabin space than a modern trad as the engine room of the trad becomes an open external deck.

In heavy downpours (unless protected by a tonneau cover) water may well get through the engine covers and into the engine bilge.

The large open sociable space at the back means you can have many more people on the stern deck whilst cruiser.

With a pram cover, the cruiser deck can be used for extra storage.

Just like the modern trad, the engine exhaust is at low level through the side of the counter, well away from the helmsman’s face.

Many cruisers have pram hoods covering the stern deck, which are great whilst moored but often take time to dismantle ahead of cruising.

With the engine beneath the aft deck floor in heavy rain some will usually run down into the engine bilge.

Often (but not always) with a proper back cabin and engine room, their distinguishing feature is a long front deck – normally flat but sometimes partly recessed like a well deck.

This deck is amazing for storage of bikes or for a mini floating garden.

One owner told us that they found working locks that much easier with a raised front deck to hop on and off. You have to decide – a two seater soft top sports car isn’t practical either, but lots of people would prefer one to a Ford Fiesta or something equally practical!

Many feel the long deck is a waste of good potential space.

A number of tugs utilise the under deck space by having a double berth that slides out partially from underneath into the cabin area – but you have to do this every time you want to sleep.

You either love ’em or you hate ’em. Some love the fact that they are different, some think they simply don’t look right on our waterways. For the latter view I have to wonder what the working boatmen would have made of today’s narrowboats anyway – any of them.

“It’s a lot of fun and it’s different,” says one owner.

Commonly (but not always) with a folding wooden wheelhouse which provides a pleasant seating area protected from the elements and with a good view.

You will need to become well acquainted with a pot of varnish to keep the wheelhouse woodwork looking bright where a wooden one is fitted.

The wheelhouse will have to be dismantled if you are cruising in an area with low headroom at certain bridges. Check a navigation guide carefully.

On boats like the one pictured, the wheelhouse is fixed – it may well limit your cruising possibilities. 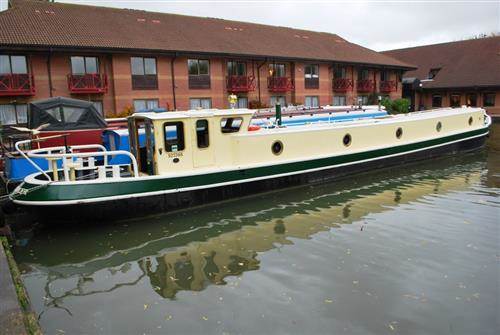 Widebeams are becoming increasingly popular due to the size of accommodation resembling a flat or bungalow therefore giving owners an affordable way of owning their own property.

They can be anything above 7 feet in width, with 10-14 feet being the most common.

Ideally suited to rivers and some wide areas of Northern canals, although sections of the Grand Union are navigable.

Widebeam owners have to book passage through the many tunnels on the CRT network due to the fact that it is impossible to pass two boats with one of that width.

The future licensing costs on CRT waters are increasing.

Space to moor up/navigate is more limited due to width, the central channel may not be as wide as the vessel and moorings may have vegetation opposite which mean other craft struggle to get past.

There are a much smaller number of boatyards able to service and maintain hulls of wider craft.

One of the beauties of Englands waterways is the sheer diversity in style, size and colourfulness of the boats on them. We could not hope to cover them all here, just try to give you a flavour of those we deal with most of the time. Historical boats, both narrow and wide beam, imported REAL Dutch barges, GRP cruisers, pilot vessels, Oil rig escape pods and more give a wonderful and individual world to come and enjoy. 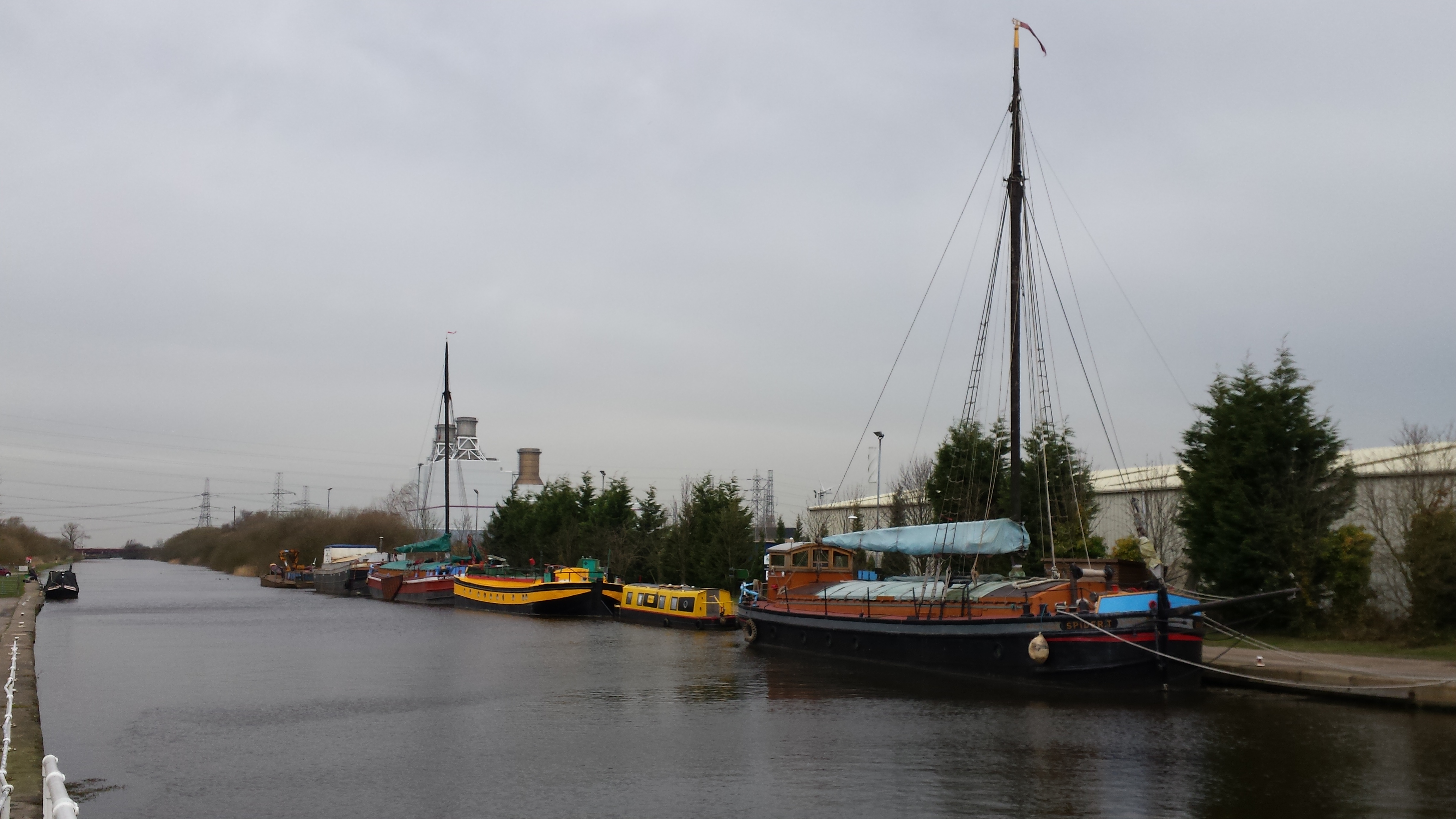 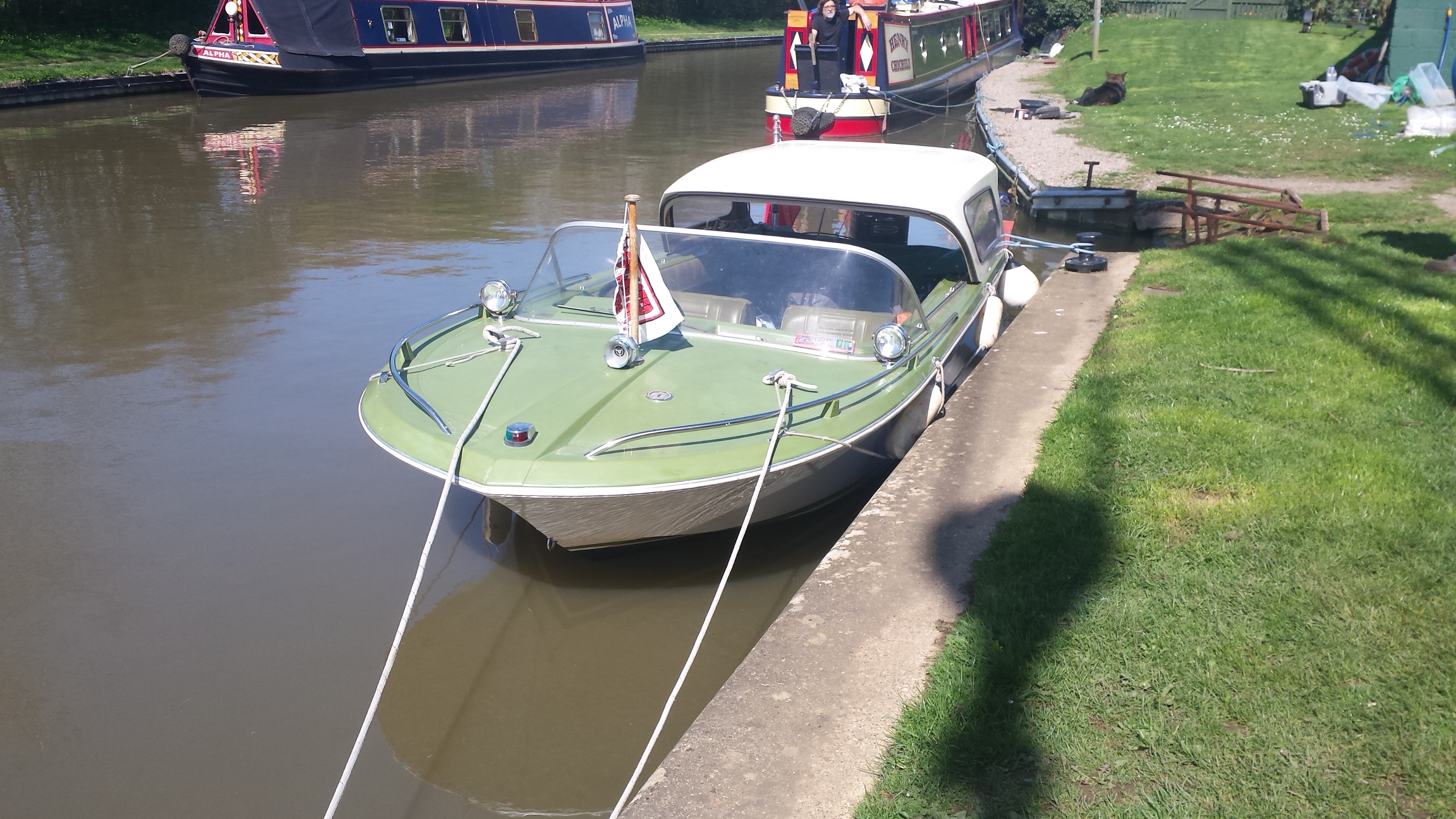 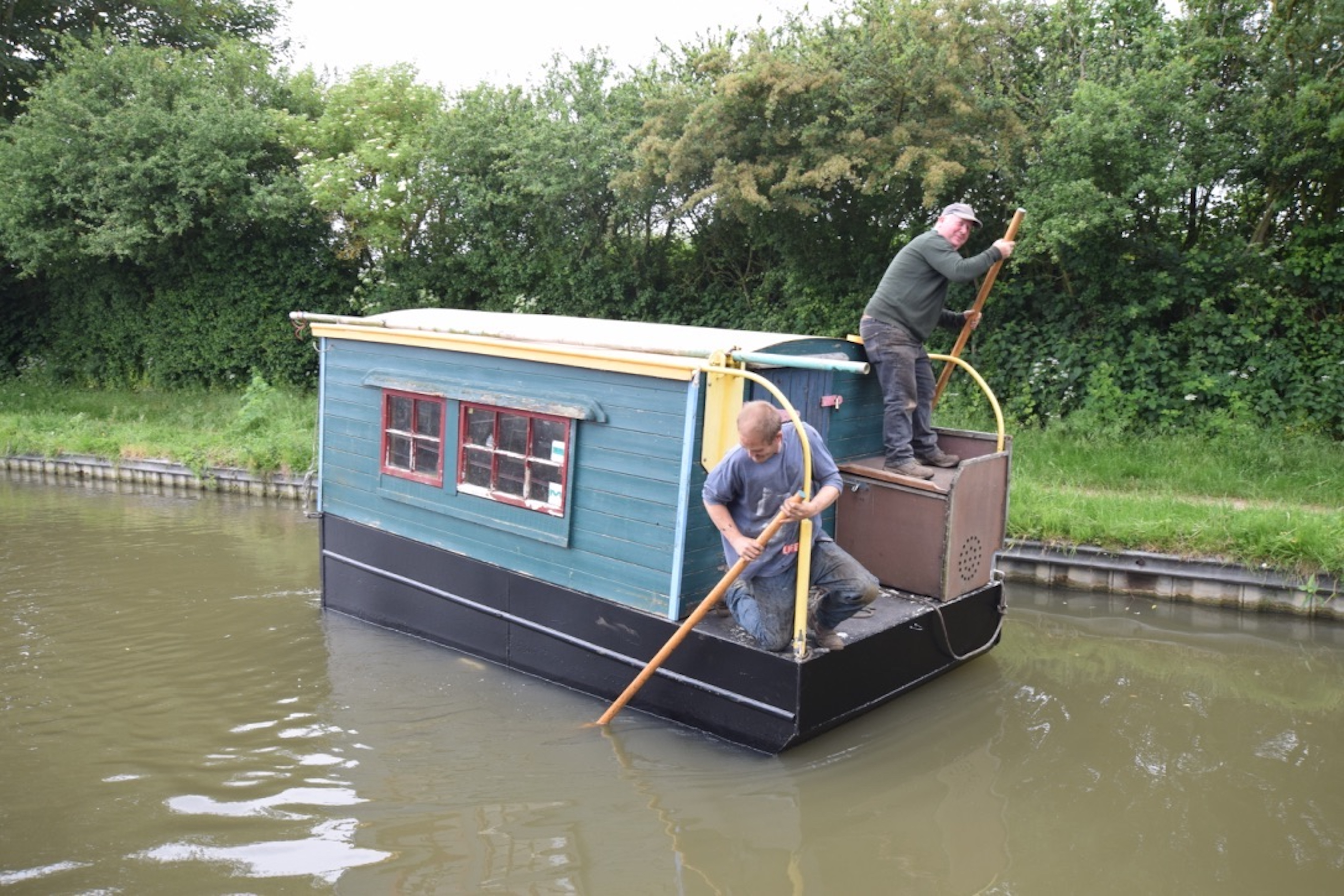