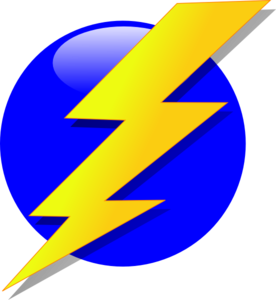 My first boat, back in the 1970s, had one 12v battery for everything and lighting was courtesy of a few oil lamps. Oh, how things change!

Sophisticated inverters made their appearance in the canal boat world sometime at the end of the 1980s. By the mid 1990s for many they had become a “must have” gizmo. And they are very useful. As their name suggests, they invert 12v DC (or 24v DC – a minority of canal boats have 24v systems of which more below) into 230V AC, enabling the on board use of vacuum cleaners, microwaves, power tools, computers, X boxes and Wii even washing machines. Some people regularly run domestic 230V fridges and freezers off them now efficiency has improved, although there are still a good number of 12v and 24v fridges available.

With the inverter comes the need for sufficient battery power to run them for any length of time. Thus boat battery banks got larger… and larger.

The the more battery power you discharge, the longer it is going to take to charge them back up again. So engine alternators got more powerful…and even more powerful. Charging a battery at too fast a rate shortens the battery’s life and in the case of wet lead acid batteries, causes gassing, which means that the electrolyte levels will need to be topped up more frequently and the life of the battery will probably be reduced. With more expensive AGM and gel batteries, they simply get damaged irreparably if charged at too high a rate. There are boffins out there who know a lot more about the intimate technical detail on this than I could ever get my head around and I can recommend none better than Chris Gibson’s Smart Gauge

web site which has a mind boggling amount of information on it. Charles Sterling’s site used to have some interesting views on batteries, but sadly the page has now been removed. What it said in essence was, “buy the cheapest wet lead acid batteries going, Gel and AGM are a waste of money.” You can decide from your own experiences whether he is right or not, but it was thought provoking and hard to disagree with..

In the final analysis, if you want to live or cruise long term on a boat, you must accept that it is a different life style from a house. Hour upon hour of television viewing for example will cause you to spend hours of time struggling to recharge batteries to full health unless you moor in marina with a land line and never go out cruising.

The more powerful ones are generally built into the boat, diesel powered (petrol on a boat is a dangerous and highly volatile substance) and are a better way of obtaining power (especially when supplying a marine battery charger) than running the main engine whilst stationary. They are normally set within a sound-insulated cocoon. Against their benefits is the fact that it is another engine to have to service regularly, and British Waterways’ licence conditions mean they should not be run between 8pm and 8am. And they are not cheap to buy and install.

Portable petrol generators can be handy but the fuel and generator cannot be stored inside the boat without high risk to life and limb, and such practice is against the Boat Safety regulations (unless stored in a sealed area with separate external venting). You will see them from time to time padlocked to the rear deck in some manner to prevent theft. You will also see them from time to time obstructing the towpath and making an ungodly racket. They are highly antisocial objects when used on a regular basis.

Mini wind turbines have come on in leaps and bounds in the last 10 years – doubling in power output and halving in price. However, on a canal boat 6 feet from ground level, surrounded by hedges/trees/buildings, they tend to struggle with “dirty” air flow in any but the strongest winds. They are a good way of keeping batteries fully charged when/if you are away from the boat for a while and on an exposed mooring. If you use them whilst on the boat (they are usually mounted on the cabin top on a folding mast) the reverberation through the steelwork is quite considerable however.

Solar panels Have come into their own. The prices have plummeted in the last few years, and if you are “off the grid” on a long term basis I think they are well worth looking into. A couple I met had some of the flexible cabin top variety of the sort used in round the world yachting. Despite having no access to mains electricity they claimed that in summer they could run all their electrics (including the 12v fridge) without ever running the engine or a generator, and in the winter they switched the fridge off and kept fresh foods in a large sealable plastic box under the cratch cover on the foredeck. Semi-flexible ones generally have a shorter life as the unit flexes at a different rate to the boat roof in extremes of temperatures. Fixed or tilting rigid panels are now almost de-rigeur for off grid liveaboards.

One problem with low voltage systems is “voltage drop”. (Actually, it is a problem with any level of voltage, which is why the national grid carries electricity at 400,000v before it is stepped down to the 230v that supplies domestic housing.) The further the distance from the battery power source to the appliance the worse it gets. If the appliance is 40ft from the battery then it is a round trip of 80ft for the electricity. To reduce this problem cable thicknesses are increased. Put simply, with 24v you need only half the cable diameter that you do with 12v. Against this, many appliances designed for boats and the motor home and caravan market are less available in 24v versions than they are in 12v, and commonly more expensive. The vast majority of boats are, for that reason alone, 12v systems. But don’t get over-concerned – the systems have been refined over the years and work quite happily.